CO2 is sourced directly from the Botlek industrial region 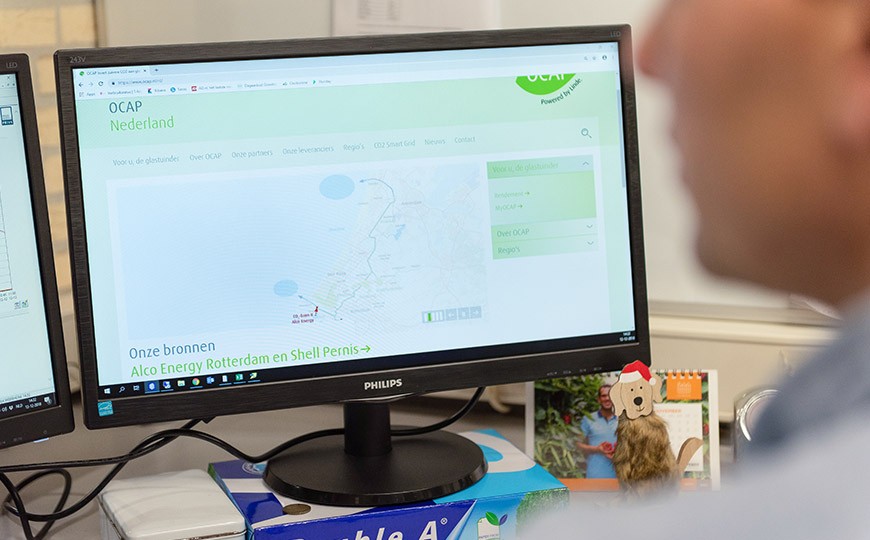 Nurseries are still associated with extreme pollution all too often, even though this notion has long since been outdated. New technologies and developments are rapidly increasing the sustainability of the industry. One commonly mentioned factor in the world’s current environmental issues is CO2 or carbon dioxide. An excess of carbon dioxide in the earth’s atmosphere results in global warming. De Zuidplas utilises residual waste to create a better living environment within its greenhouses.

Shell Pernis is Europe’s largest refinery, as well as being one of the largest refineries in the entire world. De Zuidplas recycles the refinery”s CO2 to thus decrease needless emissions and needless energy usage. This partnership with Shell first manifested in the Westland area, where a subterranean pipeline was installed to provide greenhouses in the area with pure CO2. The Oostland area, including De Zuidplas, was next.

“Greenhouses in the Westland and Oostland areas are supplied with pure CO2 from the Botlek industrial region. This results in a dynamic process of reciprocity.” Part of the CO2 produced in the Botlek industrial region is seen as residual waste. Rotterdam is the third largest polluter in the Netherlands in terms of CO2 per square metre. To reduce these emissions, a pipeline was installed leading directly from the industrial source of the emissions – Shell, in this case – and horticulturalists in various areas. The collected CO2 is released in the gerbera greenhouses, causing them to grow faster and be hardier and improving overall production rates.

The process by which plants produce food and oxygen is known as photosynthesis. To do so properly and thus grow properly, plants need plenty of water, light, and CO2 (carbon dioxide). The gerberas at De Zuidplas are exposed to pure CO2 sourced from the Botlek industrial region in Rotterdam, enabling optimal growth. This way, residual waste is converted into valuable fuel and energy.