Working with a team of colleagues from around the world 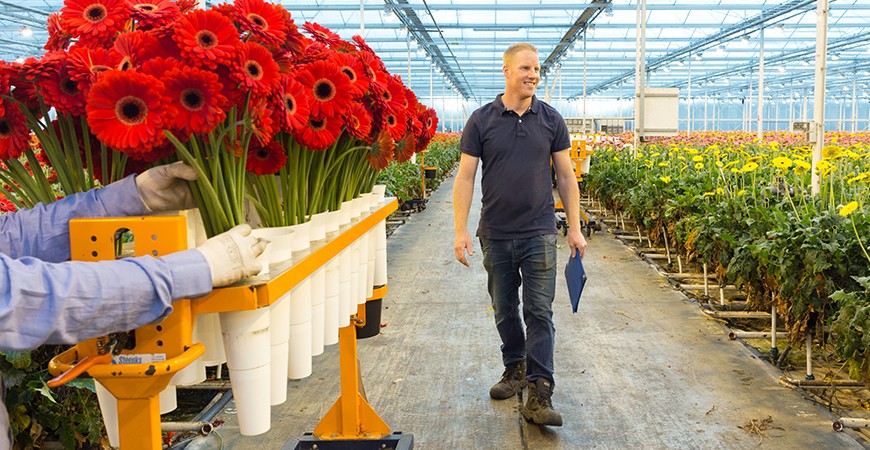 Colleagues from all corners of the globe work at Kwekerij de Zuidplas. As Juriaan says, ‘We employ people from the Netherlands, of course, but also from Poland, Bulgaria, Turkey and Morocco. This works because in practice their similarities turn out to be greater than the cultural differences. Good working relationships depend on mutual understanding. Because if we make the effort to understand each other, the differences fall away.’

By working with colleagues from different backgrounds, you learn that each country has its own work ethic. On the whole, according to Juriaan, this has a positive influence on motivation within the team, even though it can sometimes cause some friction. Juriaan prefers to resolve this friction through understanding but that doesn't always happen just like that. In order to create more understanding for each other, courses are sometimes given at the nursery: for example, they answer the question of how to behave with a colleague from Poland. ‘It turns out that small cultural differences, which can sometimes cause so much tension, can be eliminated because you learn to understand each other,’ says Juriaan. What Juriaan often gets back from his employees is that growing gerberas is a fun and clean crop. 'It literally doesn't get you too dirty,' he laughs. An obvious reason for the pleasant atmosphere at work is that the large-flowered gerberas provide a cheerful and colourful environment. Another nice perk, according to Juriaan is that 'You don't have to deal with thorns, as you do with roses'. The dynamic aspect appeals to the staff. 'The auction starts at 6.00 am and we then have until 1.00 pm to deliver the flowers. This involves some 30,000 to 50,000 gerberas every day. We harvest, process, pack and transport five days a week.'

‘Growing gerberas is a fun crop. An obvious reason for this is that the large-flowered gerberas provide a cheerful and colourful environment.’

According to Juriaan, most of the people in his team come from within the Gouda, The Hague and Rotterdam region. Employees with an international background sometimes settle permanently in the Netherlands, others leave after a few years. 'Is working here enjoyable? I don't know, actually I'm quite straightforward about that: if you don't enjoy the work, you're free to look for something else. In practice, however, most people stay with us for many years. It must be quite enjoyable then, mustn't it?'