The origin of the gerbera 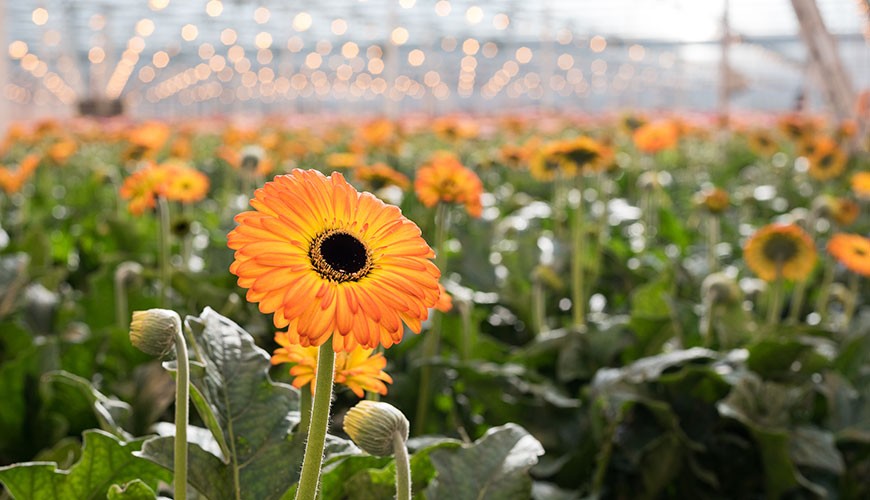 Gerberas originally come from exotic locations such as South Africa, Asia, South America and Tasmania. It is a non-fragrant flower from the Asteraceae genus. There are about thirty different gerberas in the wild. The flower was discovered by Gronovius, a botanist from Leiden, in 1737. We are delighted to tell you more about the origin of the gerbera.

The history of the gerbera

The Leiden botanist named the flower after his colleague, Traugott Gerber. Approximately 150 years later, the gerbera was introduced to Great Britain and a little later, to the French Rivera too. Gerberas have only been cultivated in the Netherlands since 1950. This has proved a resounding success because the Netherlands is now one of the most important gerbera-producing countries.

“The cultivation of gerberas has proved a resounding success because the Netherlands is now one of the most important gerbera-producing countries.” Every year, the Netherlands produces 900 million gerberas with 600 different variations in colour, shape and size. Definitely a very popular flower! The gerbera is originally a true summer flower. That means it flourishes in light and warmth. By creating the right lighting and moisture levels in our modern greenhouses, we try to reproduce summer conditions - in winter too.

The process of producing new varieties of gerberas is also known as breeding. This happens by means of hybridisation. This produces gerberas in many different colours and varieties. Some gerberas have two colours, or one colour that bleeds into another. Fun fact: gerberas actually consist of many small flowers. The outer little ribbon-shaped flowers determine the shape of the flower as a whole. The heart of the gerbera also consists of tiny flowers, these are cylindrical. The heart can be two colours: green or black.

Gerberas are known as birth flowers. Perhaps this is because we generally regard them as cheerful flowers that are available in all conceivable colours. They attract bees and radiate towards the sun. A justifiable reputation as a cheerful flower!

Our company has a long history, just like the gerbera. Mr. Weerheim, our grandfather, started with the production of vegetables. His son, our father Johan, decided to start cultivating large-flowered gerberas in 1979. A decision that was coupled with growth. We, Leen and Juriaan Weerheim, later joined the family business. Nowadays, we cultivate colourful gerberas on an acreage of over six hectares.